The requirements for government-guaranteed FHA and VA loans on manufactured housing changed to include a permanent foundation. It is required that foundations be certified by a licensed professional engineer to be in compliance with HUD-7584 (Permanent Foundation Guide for Manufactured Housing).

As a result, many private lenders offering conventional loans have added this as a requirement for their loans. We have partnered with the engineers at Foundation Certifications to provide these certificates. The process takes approximately 3-5 days with rush service available. Ordering a Foundation Certification is easy. Please contact us, then simply complete our online order form at http://www.FoundationCerts.com/order and our team will immediately go to work for you.

Another very good this time it is about attic ladders .

by Nick Gromicko
Attic pull-down ladders, also called attic pull-down stairways, are collapsible ladders that are permanently attached to the attic floor. Occupants can use these ladders to access their attics 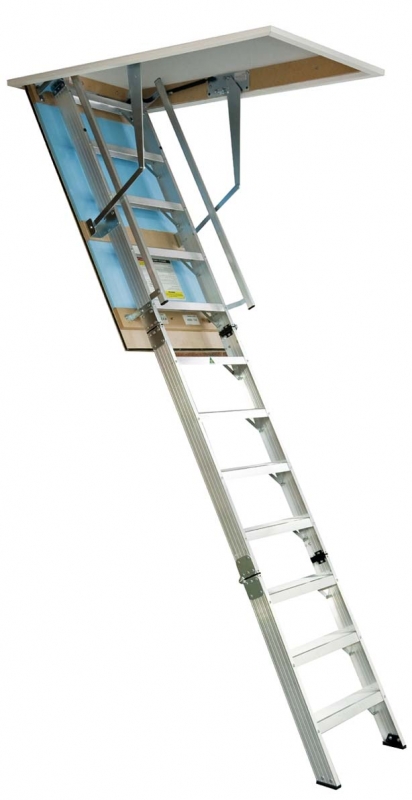 without being required to carry a portable ladder.

END_OF_DOCUMENT_TOKEN_TO_BE_REPLACED

by Nick Gromicko, Founder, International Association of Certified Home Inspectors (InterNACHI)
Graphics by InterNACHI’s Lisaira Vega
More than 2 million decks are built and replaced each year in North America.  InterNACHI estimates that of the 45 million existing decks, only 40% are completely safe. 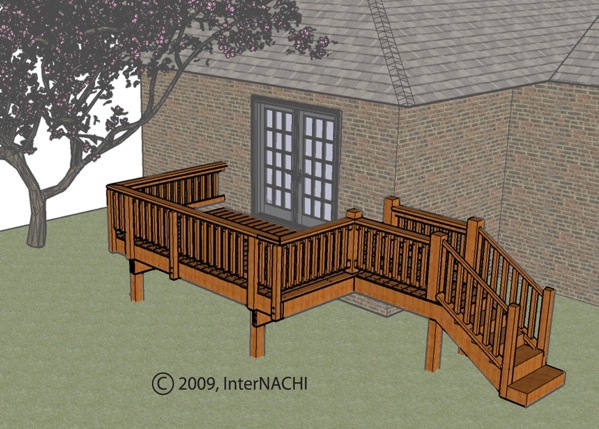 Because decks appear to be simple to build, many people do not realize that decks are, in fact, structures that need to be designed to adequately resist certain stresses. Like any other house or building, a deck must be designed to support the weight of people, snow loads, and objects.  A deck must be able to resist lateral and uplift loads that can act on the deck as a result of wind or seismic activity.  Deck stairs must be safe and handrails graspable.  And, finally, deck rails should be safe for children by having proper infill spacing.
A deck failure is any failure of a deck that could lead to injury, including rail failure, or total deck collapse.  There is no international system that tracks deck failures, and each is treated as an isolated event, rather than a systemic problem.  Very few municipalities perform investigations into the cause of the failure, and the media are generally more concerned with injuries rather than on the causes of collapses.  Rail failure occurs much more frequently than total deck collapses; however, because rail failures are less dramatic than total collapses and normally don’t result in death, injuries from rail failures are rarely reported.

END_OF_DOCUMENT_TOKEN_TO_BE_REPLACED

A home inspection allows you the opportunity to see the condition of your potential investment at the time of the house inspection.
New Horizons Inspections offers:

​The components of the home that are covered in our visual, non-invasive home inspection report are:​

13.  heating and cooling systems, and distribution

This is the excerpt for your very first post.

This is your very first post. Click the Edit link to modify or delete it, or start a new post. If you like, use this post to tell readers why you started this blog and what you plan to do with it.

This is a text widget, which allows you to add text or HTML to your sidebar. You can use them to display text, links, images, HTML, or a combination of these. Edit them in the Widget section of the Customizer.